In a new summer program led by HCDE Assistant Professor Sucheta Ghoshal and collaborator J. Khadijah Abdurahaman, students from around the world explored designing for counter-fascism.

The Otherwise School, a virtual "summer program for the people,” was led by Sucheta Ghoshal, an assistant professor in the University of Washington’s Department of Human Centered Design & Engineering, and J. Khadijah Abdurahaman, director of We Be Imagining. The inaugural program was held June 14 - July 23, 2021, and brought together people with a range of backgrounds to study tools and techniques of counter-fascism. Participants included journalists, designers, and activists, participating live from around the world—from Mississippi, US to the Philippines. The program was oriented around learning from social movements and community organizations that are fighting repression, violence, and extraction—particularly from people’s movements in the context of India, Tigray, Oromia, and the Black US South. 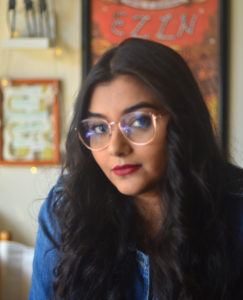 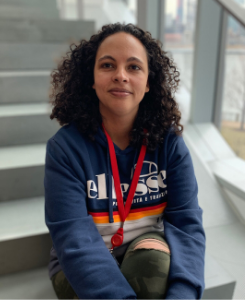 Ghoshal and Abdurahman conceived the idea for this summer program, inspired by their own personal and political relationship grounded in transnational solidarity. Ghoshal is a member of the South Asian diaspora whose own research focuses on a Southern praxis of technology—connecting technology-mediated movement-organizing experiences of the Black US South with that of the Global South. Abdurahman, a member of the Oromo diaspora, focuses her research on predictive analytics in the New York City child welfare system and the role of technology in mass atrocities in the Horn of Africa.

“We started this project out of a desire for transnational solidarity building, and to explore community building in the face of global fascism, climate catastrophe, and countless other atrocities that are happening all over the world,” Ghoshal said. “We were also driven by a desire to explore our relationship with the Western academia. How can we de-center the West in our principles and tool-building while running a program from a US-based university?”

The Otherwise School provided a stipend for participation, offering 12 paid and 8 unpaid seats. "Surviving, organizing, and making in the face of global fascism require intense labor, and they need to be recognized as the same. We cannot ask people who are already at the frontlines of oppression to do this work for free,” said Ghoshal.

The Otherwise School welcomed scholars and practitioners including Andre Brock, Lilly Irani, Timnit Gebru, Ayantu Tibeso, and Awol Allo. The program also featured talks and workshops led by community organizations including The Southern Movement Assembly, Stand with Tigray, and RECH Foundation (Reaching and Educating for Community Hope). The presenters shared their experiences on topics of Black technoculture, Oromo knowledge production, platform governance, communication practices in movement organizing, etc. In addition to participating in the featured talks and workshops, the group explored a range of readings that highlighted interdisciplinary connections. Participants took turns in facilitating meaningful discussions of these readings and connecting these readings back to the localized experiences of the participating individuals.

Throughout the program, participants worked in small groups to build prototypes for new tools and technologies of resistance aimed at countering fascism, capitalism, and anti-blackness. On the last day of the programs, participants presented their prototypes in a virtual showcase. The prototypes incorporated concepts such as reimagining shared digital spaces, trauma and healing in social movements, storytelling through placemaking, shared language and lexicon, and subverting state narratives.

“Facilitating a global program of this scale is not without its challenges,” said Ghoshal. Reflecting on some of the challenges faced, administratively and otherwise, Ghoshal said: “Of course doing something is entirely different from imagining something, and by doing so we were able to uncover gaps administratively in how to make this kind of work possible. How do we include people who are actively facing violence and oppression, literally fleeing war zones, or not with a stable bank account to accept the stipend? We do not have the answers, but we do have a better understanding of how much infrastructural work is still remaining to have a program like this that brings together people who are currently facing forces of oppression.”

Ghoshal further emphasizes that the program would not reach its potential without the knowledge and wisdom brought on by the participants, saying “the outcomes [of this program] are prototypes of radical imaginaries, and I am so thankful for the participants in making these happen. The Summer 2021 cohort brought on an unique set of expertise grounded in deep cultural and/or political contexts from the specific regions of focus, making them strongly equipped to take on the complex and ambitious project of building a transnational community in the face of global fascism."