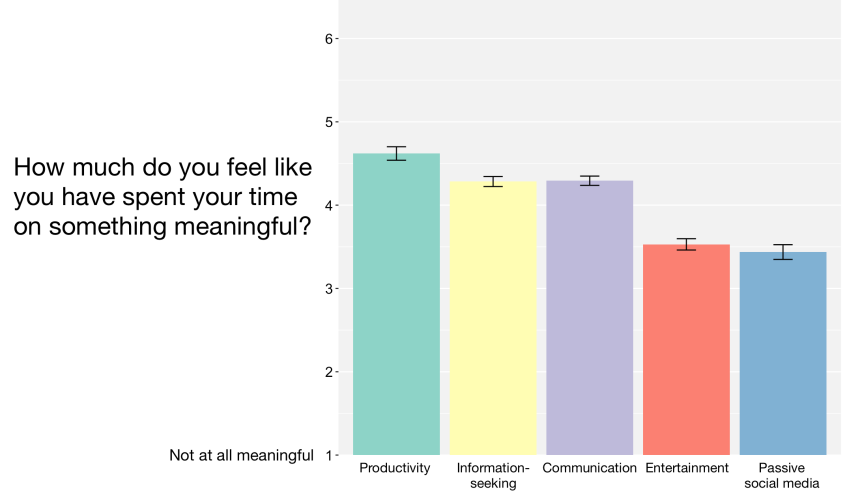 "It’s not only which apps you use, but how you use them”

Today’s smartphones offer great benefits to society. Apps to gather information, increase productivity, and interact with loved ones are at our fingertips. At the same time, smartphones can be tools of meaningless consumption and distraction. As a result, many people feel conflicted about how they spend time on their phone, and fall into patterns of behavior that they wish they could change.

Researchers at the University of Washington and Brown University believe app designers can build more meaningful experiences. “We explored why much smartphone use is seen as engaging, but meaningless in the eyes of users,” described Kai Lukoff, a doctoral student in the Department of Human Centered Design & Engineering. “Designers often optimize their apps for clicks and views, which can lead to experiences where people feel sucked into a black hole. Our goal was to identify the experiences that people find meaningful and help designers build around those instead.“

To explore this, the researchers conducted a study of 45 smartphone users over two weeks, logging 86,402 sessions of app use. Immediately after using an app, study participants were sometimes asked what they were using the app for and how meaningful they would rate their experience. The team authored a paper about this study, which was published in the March 2018 Proceedings of the ACM on Interactive, Mobile, Wearable and Ubiquitous Technologies. 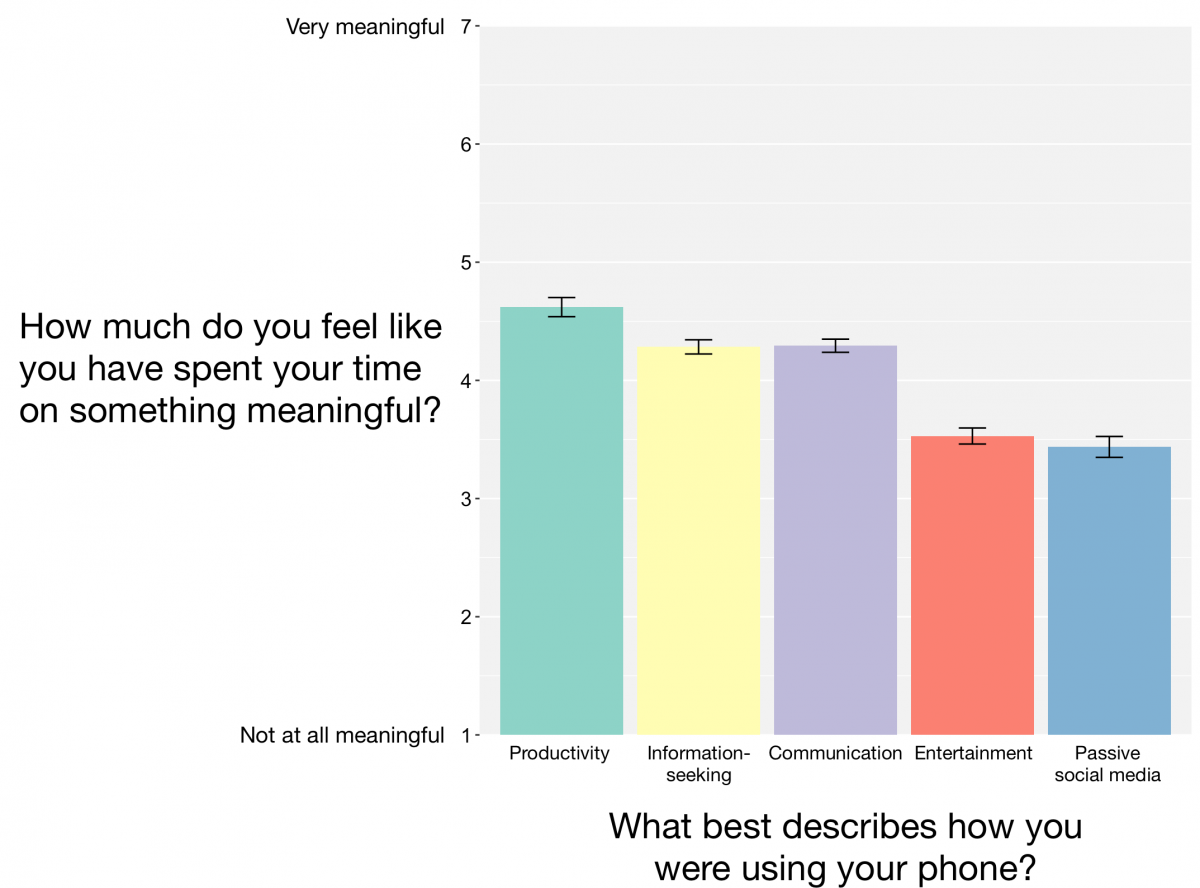 The researchers found that meaningless smartphone use was associated with the feeling of a loss of control. Habitual smartphone use to pass the time, entertainment consumption, and passive social media intake — that is, browsing social media without interacting with other people — led to a lower sense of meaningfulness. On the other hand, study participants identified using a smartphone for productivity tasks and to communicate with close friends or family as highly meaningful. In this case, productivity includes actions like managing to-do lists, communicating with others, and tracking fitness goals.

“It’s not only which apps you use, but how you use them,” described Lukoff, the paper’s lead author. “On the one hand, when participants messaged with close family and friends on Facebook, they reported it as a highly meaningful experience. But at the same time, they also reported that browsing the Facebook newsfeed led them to feel a real loss of control over their actions and smartphone use.”

For some users, ‘meaningless’ activities on their phone served as a welcome relief from stressful situations in real life. “When they were frustrated with their boss at work or their kids in the kitchen, some people used their smartphone to cool down their hot emotions,” Lukoff said. In these cases, the phone was a useful tool for regulating emotions.

“We want to understand how to give people power in this situation,” said co-author Alexis Hiniker, assistant professor in the UW Information School. “If they are losing the feeling of autonomy over their smartphone and don’t feel like they can control their behavior, then we want to demand better from designers. Instead of thinking exclusively about how to help users exert greater self-control, we want to examine the path the designer is trying to lead them down and whether that is likely to lead to a meaningful experience.”

The research team suggests that app designers who want to build meaningful experiences should respect their users’ autonomy. One way to do this is to examine how their app supports or distracts a user from their purpose. Lukoff cites Gmail as an app that respects a user’s autonomy by encouraging them to move on after their original purpose is achieved. When someone reaches an empty inbox in Gmail, the app shows a blank screen with the message “You’re all done! Please enjoy your day.”

In future research, Lukoff and colleagues will study the creative strategies that people use to take back control of their smartphone use. Grassroots movements such as the Center for Humane Technology advocate for users to modify the phone's default settings to limit distraction, including turning off notifications and changing the screen to grayscale. The research team will study these and other strategies: “We want to help people architect their smartphone use so that the device works for them, rather than the other way around,” said Lukoff.