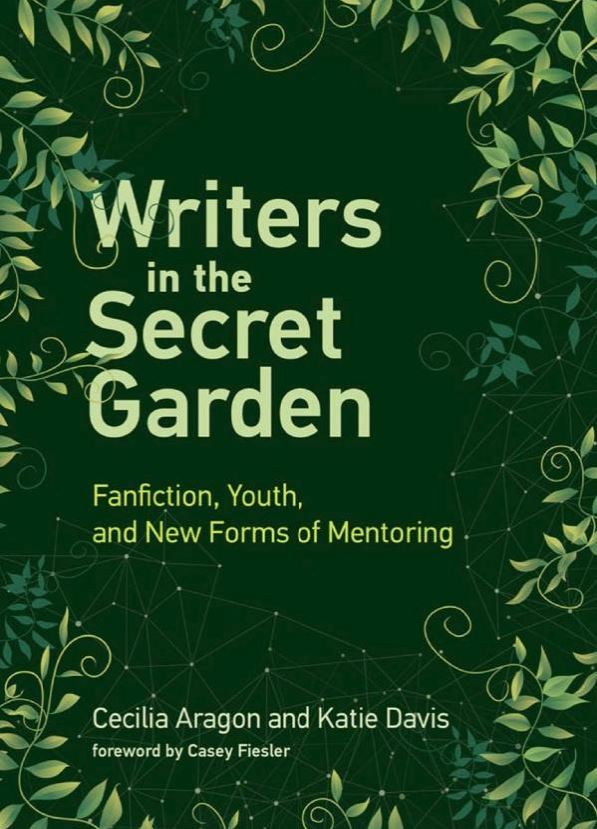 Writers in the Secret Garden: Fanfiction, Youth and New Forms of Mentoring,”  by HCDE Professor Cecilia Aragon and Katie Davis

Fan fiction has exploded in popularity in recent years, with more than 1.5 million amateur writers — most in their teens or twenties — publishing 7 million stories and 176 million reviews on a single online site, Fanfiction.net, alone.

In their new book, “Writers in the Secret Garden: Fanfiction, Youth and New Forms of Mentoring,” Cecilia Aragon and Katie Davis examine fanfiction writers and repositories and the novel ways young people support and learn from each through participation in online fanfiction communities. Davis is an associate professor in the UW Information School; Aragon is a professor in the Department of Human Centered Design & Engineering.

They find that “these sites are not shallow agglomerations and regurgitations of pop culture but rather online spaces for sophisticated and informal learning.”

Aragon and Davis call this novel system of interactive advice and instruction “distributed mentoring,” and describe its attributes — each supported, they write, by an aspect of networked technologies.

The two authors qualitative and quantitative analyses in a nine-month study of three fanfiction sites, and also analyze the “lexical diversity in the 61.5 billion words on the Fanfiction.net site.”

They consider how distributed mentoring could improve not only other online learning platforms but also formal writing instruction in schools.

“Writers in the Secret Garden: Fanfiction, Youth and New Forms of Mentoring” was published this month by MIT Press.

For more information, contact Aragon at aragon@uw.edu or Davis at kdavis78@uw.edu.