Alongside the Department, three-time alumna Carol Taylor's career has kept apace with the evolving technology field 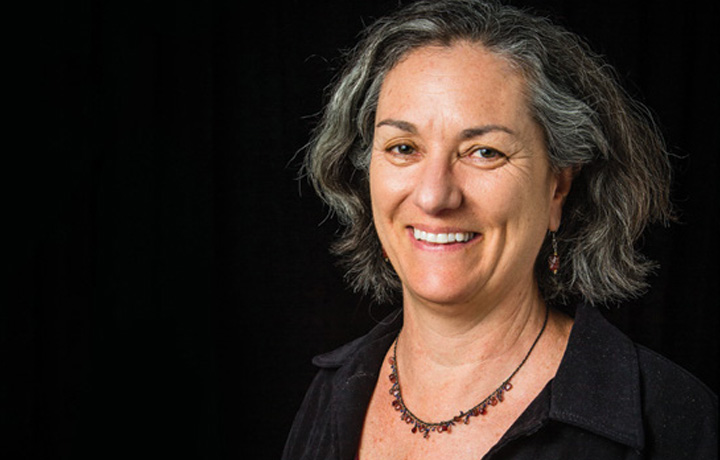 Carol Taylor is one of the department's few three-time graduates, earning a bachelor's in 1983, a certificate in user-centered design in 2007, and a master's in 2008.

Taylor currently works at Microsoft, where she is Director of Customer Experience for Office Templates. She has held previous roles at a range of companies from startups to Fortune 100's, on projects for hardware, software, streaming music, telecommunications, retail, food and beverage, apparel, and luxury goods. "One of the cool things about the skills you can learn in HCDE is you can really apply them to any domain," she said.

When Taylor first found the UW's technical communication program, it was offered as part of a general studies degree within the College of Engineering. "I had a passion for both English and technology, with an interest in both Life Sciences and Computer Science," Taylor described. "So the Department was a nice fit where I could incorporate many of my interests."

For her senior project, Taylor edited the master's thesis of two environmental science graduate students. Taylor's role included editing the 500-page document for grammar, readability, and clarity. "My goal was to help the authors convey their research to a general audience—to help them use clear introductions and summaries, and make sure their thesis could be understood by people who weren't environmental scientists," Taylor said.

Taylor reflects fondly on her technical communication classes with Professors Myron White and James Souther. "They were so generous with their time," she said. "Every student was following a slightly different curriculum, so it was really labor-intensive for them. But they both brought a great sense of professionalism and humor."

When Taylor was completing her undergraduate degree, she gained hands-on experience with some of the most advanced technology of the time. "We would run computer programs written in Pascal, with punch cards that we fed into a Vax computer—essentially a computer the size of a house," she described. "The scale and accessibility of computing power has changed profoundly since then. The power in that Vax computer is now the same amount of power in your laptop." Taylor's experience with the Vax computer led to her first job after graduating at the UW's Academic Computing Center, where she worked as a technical writer. "One of my favorite things about that job was interviewing people about interesting ways they were using computers. So at that time, it was anything from art history scholars cataloging artwork to environmental scientists studying climate science," she described.

After working in industry for several years, including partnering with fellow department alumna Donna Sakson (BS '82) to co-found Sakson & Taylor, one of the largest technical documentation companies in the country, Taylor returned to HCDE for her master's degree. "I wanted another opportunity to work with the Department's worldclass faculty, particularly with my mentor, Judy Ramey," she described.

As a graduate student, Taylor led original research into how people used the internet on their mobile devices, founding the first mobile user research group at UW. "Under Judy's expert direction, we published several academic papers and authored a book chapter," she said.

Taylor credits the Department with helping her grow foundational skills that she still uses today, including customer empathy, critical thinking, collaboration, and communication, as well as how to define research hypothesis and experiments, and interpret data. She encourages HCDE students today to make the most of their time in the program by taking advantage of the knowledge of the faculty, the opportunities for internships, and the friendships and connections available.

Taylor believes the Department's shift from TC to HCDE is a testament to the ingenuity of the HCDE faculty, who have always pushed to keep the curriculum relevant and expand the breadth of classes offered. "The Department successfully made the transition from a Technical Communication program with its roots in hardware, aerospace, and ergonomics, to a world-class HCI-focused research institution. As the amount of information exponentially increases, and technology permeates more aspects of our lives, the need for people who can help interpret and simplify the world is greater than ever." ■