In the 1980s, women engineers played a critical role in the development of the computer gaming industry. Women game developers contributed to iconic Atari games such as Spider-Man, Centipede, and River Raid, as well as the gaming system itself. However, the impacts of women in gaming have historically been overlooked, thanks in part to more male-targeted marketing that emerged in the 1980s. 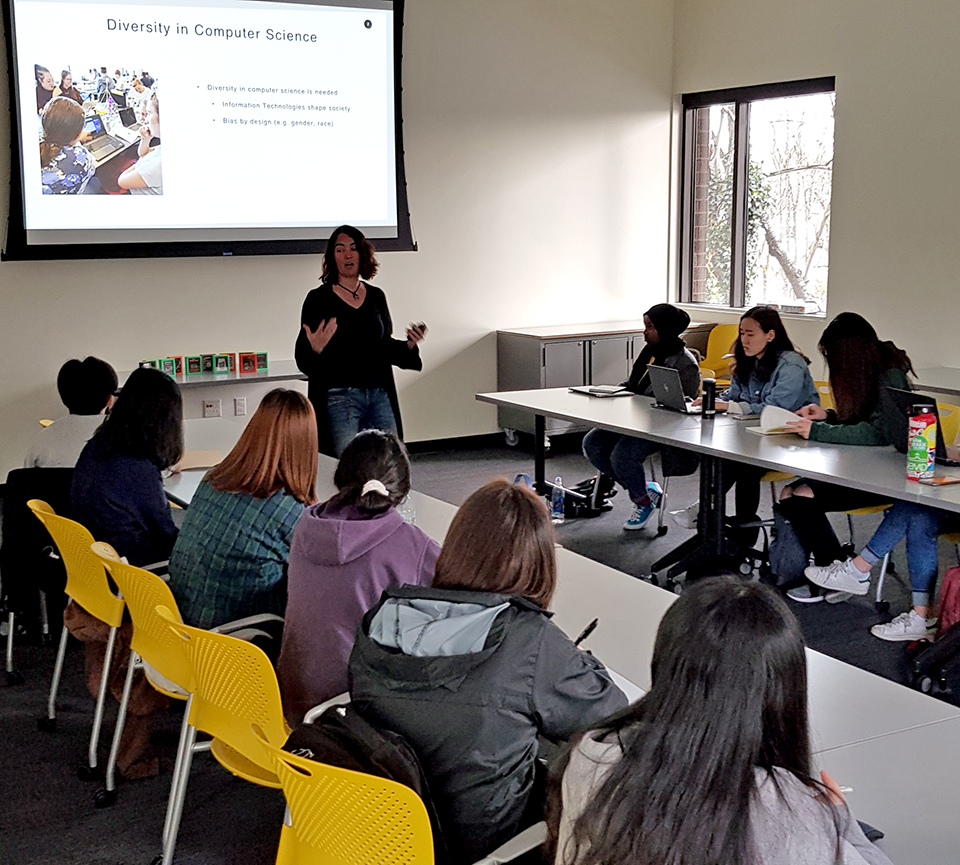 Atari Women, an ongoing project by HCDE researchers, wants to re-establish women in the historical archive by putting the spotlight on the individual stories of early women game developers.

In a Directed Research Group over the 2019 spring break, UW students explored the hidden stories of the Atari Women and used new technologies to design artifacts that highlighted their narratives. Using the story of a women game developer to ground each design, students used electrochromic display technology with a range of tools and makerspace equipment to create critical design artifacts. 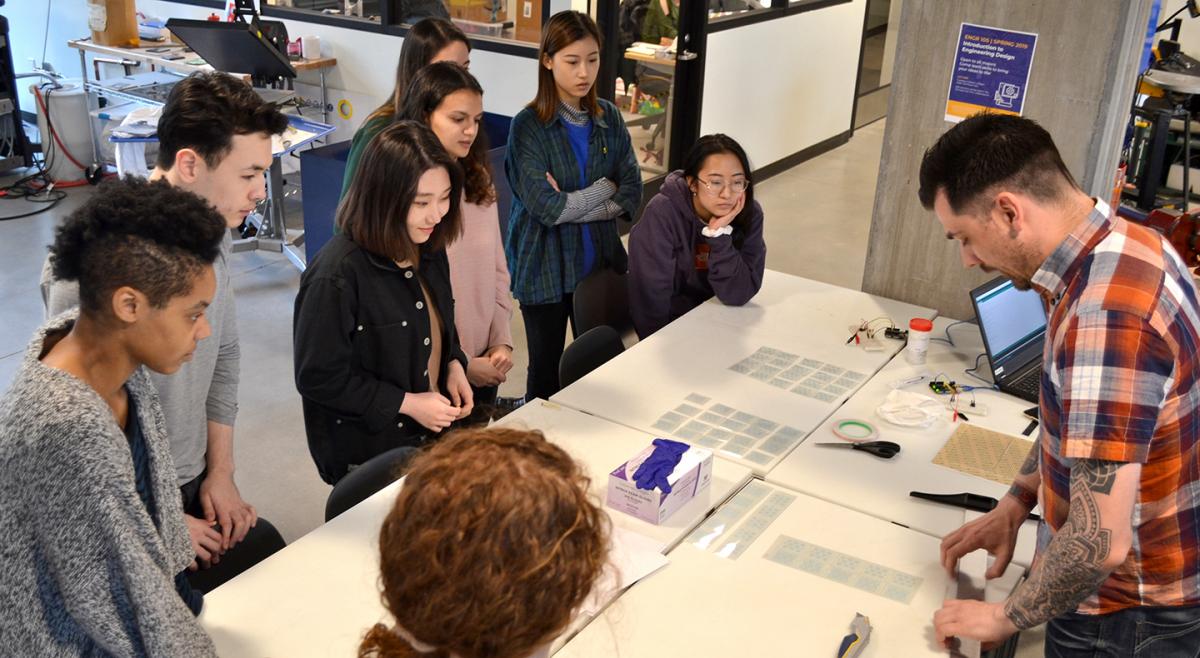 Electrochromic displays are flexible, printable displays that can be produced in a variety of shapes. The technology uses a small amount of power from a programmable circuit board, like an Arduino, to reveal new imagery. Students imprinted their designs on transparent plastic sheets in a screen-printing process using electrochromic ink. 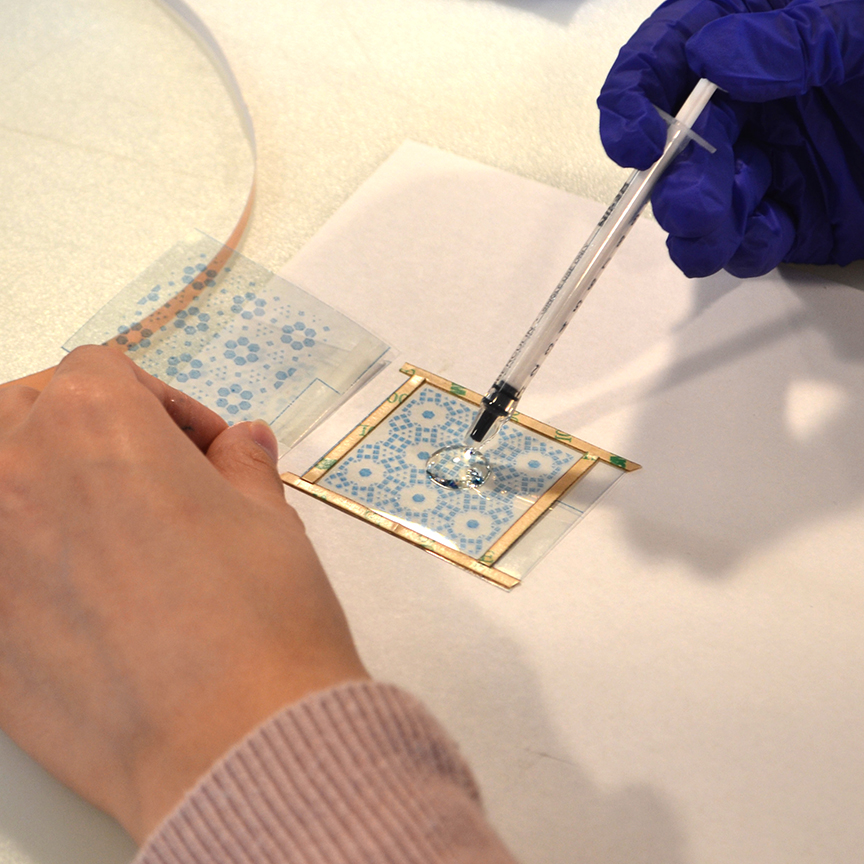 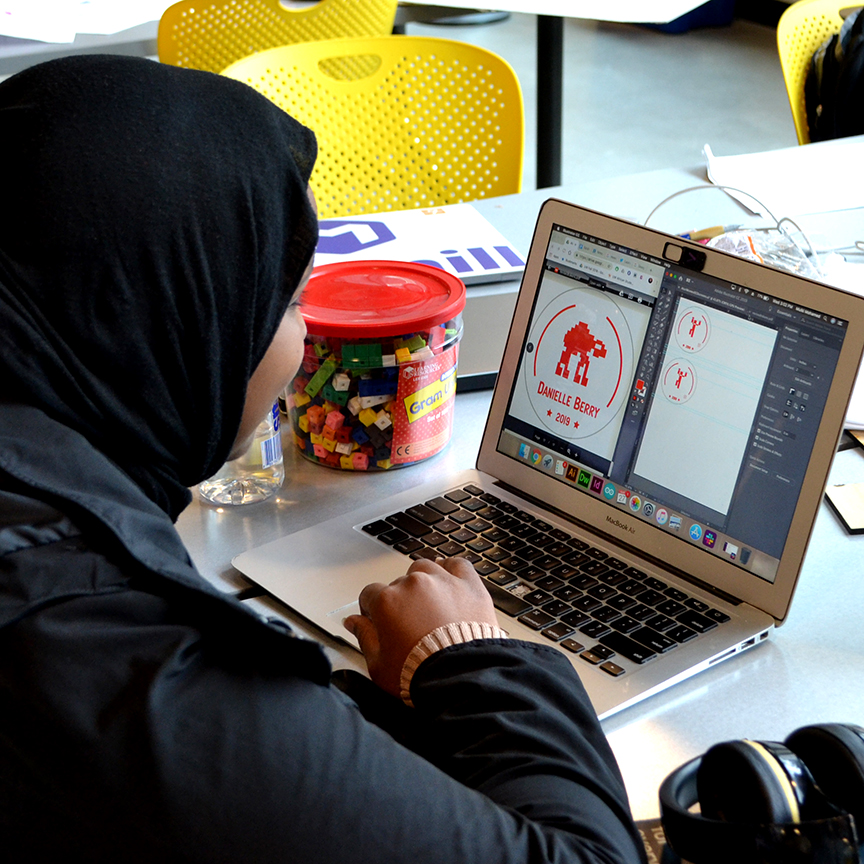 The MILL is a new makerspace on campus that opened at the beginning of the 2018-2019 academic year, and is a result of a partnership between the UW Housing & Food Services and the UW College of Engineering.

“The MILL serves as a workspace that brings academics to the residence halls through meaningful collaboration with campus partners, including faculty, academic departments and colleges, and academic program advisors,” described Drew Zimmerman, Manager for Amenities Program at UW Housing & Food Services. “We work hard to support the educational mission of the University within The MILL.  As classes conclude in the late afternoon, The MILL comes to life until late at night as a hub for student success with resources to foster continued learning within a technical environment.”

Several late-night evening work sessions occurred in the MILL outside of the workshop schedule, as students stayed late to work on their projects. Many students had no previous experience with the tools of the makerspace, but through the week-long immersion, they became comfortable operating the equipment and produced portfolio pieces.

Brock Craft, one of the instructors of the workshop and Director of the HCDE undergraduate program said  "We are so fortunate to have a space like the MILL on campus. Being able to create work in a space that is flexible and that is maker-oriented has really positive outcomes for undergraduate teaching and learning. And the students love it!"

The finished artifacts will make their public debut at the Living Computer Museum on May 16, in an evening reception from 6–9 p.m. Receive notifications about the event, Living with Tech: Atari Women & Beyond on Facebook. 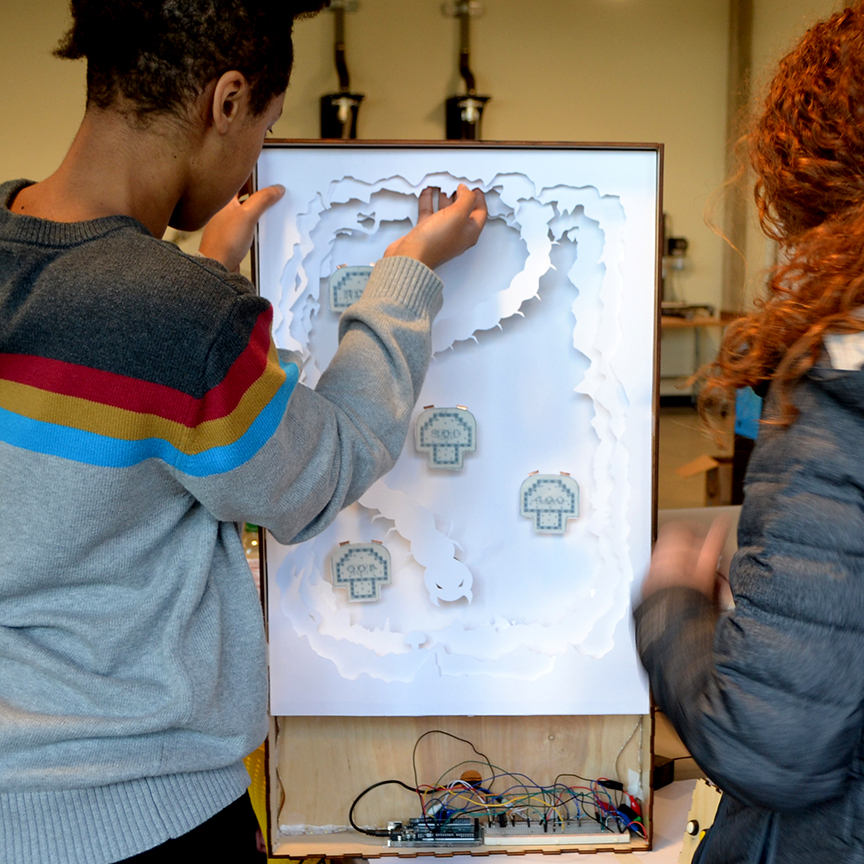 An LED light box is the frame for a project inspired by the game Centipede, developed by Dona Bailey, which uses paper displayed at different depths. Mushrooms that represent obstacles such as a wage gap and “boys club” are printed on the electrochromic displays, and the protagonist gains points when she shoots down the mushrooms / Photo by Brock Craft 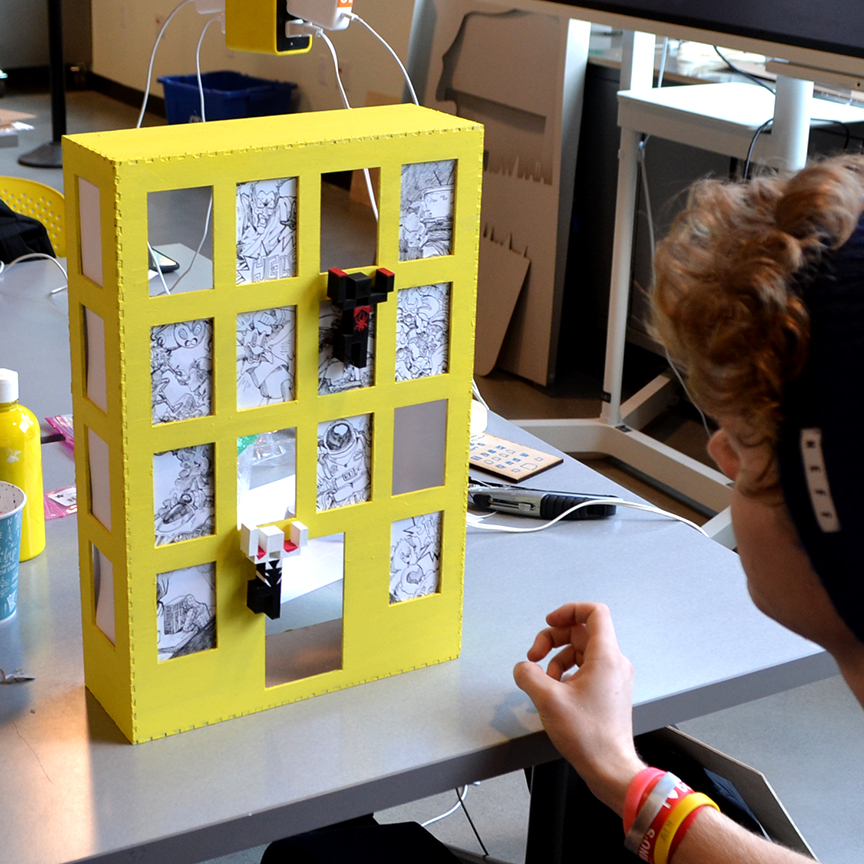 In a project inspired by the game Spider-Man, developed by Laura Nikolich, a pixelated Spider-Man character moves via magnet across a city building—when the character reaches the windows made from electrochromic material, names and portraits of women game developers appear / Photo by Brock Craft

"What I hope for this work to accomplish is for people to understand that women have been a foundational part of computer gaming from the beginning,” Bjørn said. “And maybe by telling their stories we will open up the field to others who are underrepresented in computing—to help them see themselves here too.”