Much of robotics development in recent years has focused on automating low-skilled tasks. Rather than automating away positions that could be held by humans, two UW Engineering researchers believe robotics can better be utilized by enhancing the abilities of high-skilled experts.

Nadya Peek, an assistant professor in the Department of Human Centered Design & Engineering, is a Principal Investigator on a new award from the National Science Foundation entitled Multi-Manipulator Extensible Robotic Platforms. Co-Principal Investigator with Dr. Peek is Joshua R. Smith, a professor in the Allen School of Computer Science and Engineering and the Department of Electrical Engineering.

Professors Peek and Smith believe that highly-skilled domain experts, such as chemical engineers and synthetic biologists, will be able to produce more in the limited time they have with the aid of a co-bot, or a collaborative robot designed to work alongside a human. Robotic assistance could, for example, allow for automated sweeping of process variables, automated collection of results, and automated runs of additional iterations of an experiment.

A chemical engineer interested in exploring different chemical mixtures could use automation for data collection.
Ubiquitous robots which can be easily customized and programmed would facilitate this.

This three-year, $700,000 grant will support Peek and Smith in the development of open-source, customizable co-bots to enable experts to develop their own automated processes and experiments.

Because the co-bots must be easy enough to customize and program without the subject experts needing to become robotics experts too, Peek and Smith will prioritize entry-level digital fabrication tools like 3D printers in the construction of the co-bots.

In addition to domains of scientific experimentation, the researchers envision widely deployed co-bots to be beneficial in other fields such as advanced fabrication and quality control. 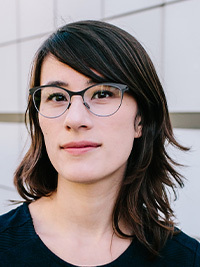 Nadya Peek directs the Machine Agency, a research lab in University of Washington's Department of Human Centered Design & Engineering focussed on harnessing the precision of machines for the creativity of individuals. In 2020 she was named to the MIT Technology Review’s Innovators Under 35. Previously, she has set up, taught in, and run numerous digital fabrication facilities including fab labs and advanced manufacturing facilities in industry. She has worked extensively with low-volume and advanced manufacturing. She has advised the Office of Science and Technology Policy on the future of manufacturing. Her research on manufacturing methods has been published in numerous venues including CHI, SCF, TEI, and SIGGRAPH. 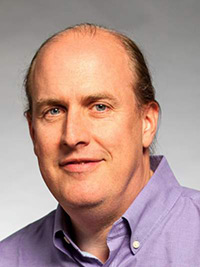 Joshua R. Smith directs the Sensor Systems Laboratory at the University of Washington and is jointly appointed in Computer Science and Engineering and Electrical and Computer Engineering. He is an IEEE Fellow, and the Milton and Delia Zeutschel Professor in Entrepreneurial Excellence. His research on wireless sensing, robotics, medical devices, and ubiquitous computing has been widely published in both IEEE- and ACM-affiliated venues and reduced to practice by industry including three start ups that have licensed technology from his lab.