D'Marcus Butler, President of the HCDE Graduate Student Association, shares his story about how finishing his master's degree helped him reach new levels of personal growth, and how the UW's Graduate Opportunities and Minority Achievement Program (GO-MAP) helped him find a core community from which he can advocate for change to benefit future UW students. 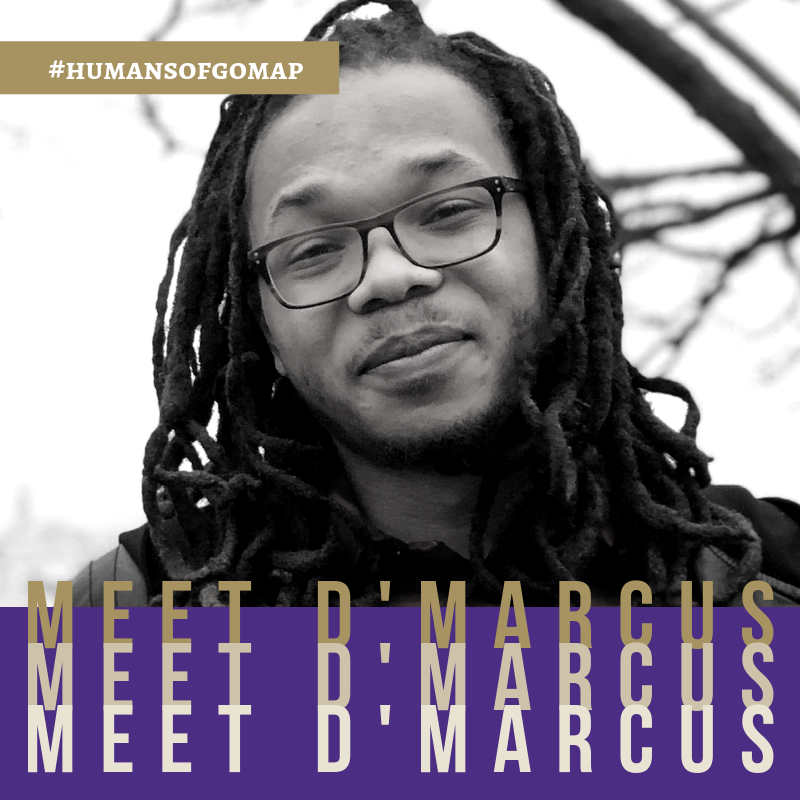 My path to the University of Washington was anything but linear. I finished my undergraduate degree in graphic design in 2013 and was determined NOT to go to graduate school. Four years later that changed and I found myself applying to the Human Centered Design & Engineering (HCDE) program. What changed my mind was a combination of not being satisfied with where I was and a new, growing interest in instructional design and design for education.

Now at the cusp of completing my graduate degree, I am so glad I made the decision to attend graduate school and the UW. During my capstone project, I worked on an app that specifically focused on music education – two huge parts of my life. The application assists music students with organizing, customizing, and understanding their practice. I've also had the opportunity to explore other areas of design including voice design, user experience in gaming, along with areas that I'm already interested in. The projects in my program have been challenging, laborious, sometimes frustrating, and at most times all of the above. On the other side of every project, I've felt a level of accomplishment and growth that I could not have known otherwise.

Moving to Seattle was a huge adjustment. I am from Atlanta, GA and attended Hampton University for undergrad. My experience before UW has always been BLACK. Moving to Seattle and, even more so, on the UW's campus has been such a culture shock that I began to question if I ever really knew what it meant to be a minority. In both Atlanta and Hampton, the standard (at least for me) is and has always been Black. The scarcity of people of color was strange to me and in my first months at UW, I doubted if I actually belonged here. However, once I found GO-MAP, that all changed. This is an organization of brilliant, successful people of color that I had come to accept, and it quickly became a core community for me.

Through GO-MAP, I joined Outreaching Grads (OGs) with the goal of increasing the number of underrepresented minorities that occupy predominantly white spaces and to provide opportunities and guidance to the generation after me. I cannot say enough about what GO-MAP and being an OG did for me and my confidence in this exciting, unfamiliar, sometimes uninviting space. I went from not being seen in the first quarter of my program to being President of the Graduate Student Association for my program, a member of GO-MAP’s Graduate Student Advisory Board (GSAB), and being invited to my department's diversity committee. I wish I could stay and continue to push change, but that is the work I leave for future students.

If I could leave future students one piece of advice, I would say, “Build communities for yourself and other minorities in your programs, build bridges for allies and their organizations, and continue to make yourselves known and visible on this campus. All of us deserve to be here.”